How to check if your product is infringing on any IP right?

How to check if your product is infringing on any IP right? 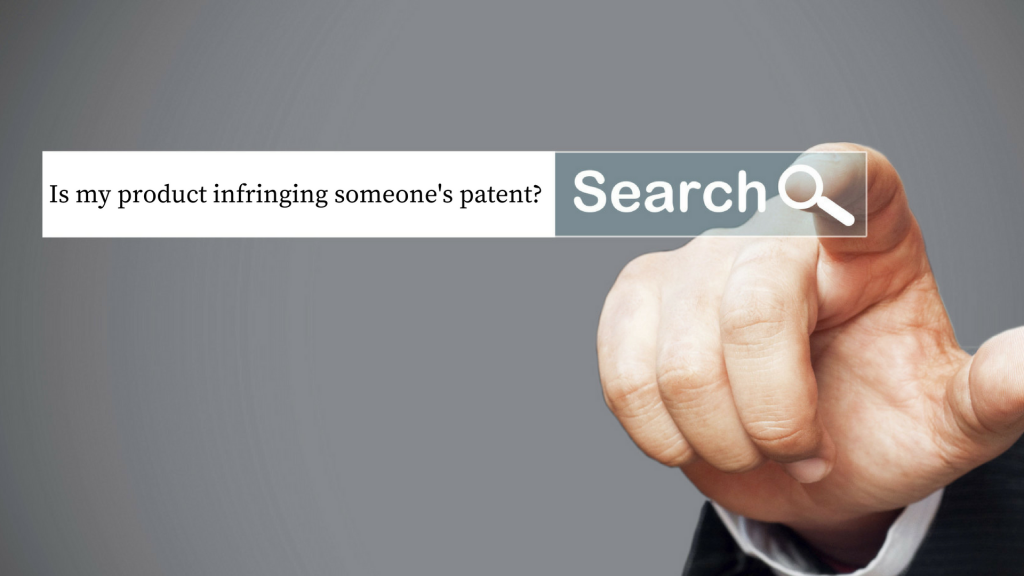 As we all know that millions of products are launched every day in the market. With every product, an idea is associated. There are so many new techniques, ideas and banners getting launched every day that it becomes extremely difficult to track them. If you hire a competent Patent Attorney in India they will get this job done for you. With the evolvement of entrepreneurship, new ideas are floating in the market and in this cut-throat competition, you must be abreast with the new inventions every day. It is not necessary that if you have a product in the market already, you will not come up with a new one. People put a lot of effort to come up with new ideas to stay ahead of their competitors.

IP protection, as we all know is one of the most important things if you want to survive and stay safe in the global market. It is not only important to protect your ideas and to save them from being taken away by others but is also extremely important to be aware of the new ideas in the market before you are ready to launch your own new idea. It so happens sometimes that you think that your product is innovative but practically it isn’t. If you are not aware of it, you will surely land into trouble sooner or later and all your money, effort and time will go in vain.

Now the question here is, what exactly is Product Infringement and why you, being a company must adhere to the infringement policies? In very simple words, when you come up with a new product in the market there are a lot of possibilities that someone else could also come up with the same idea knowingly or unknowingly. In that case, if you have not protected your product, your idea will be copied and used in the market and if the other person protects their product before you, there might be an infringement filed at you and you might have to bear severe financial and business losses.

Searching plays a vital role in Intellectual Property rights and it is almost impossible for you to search for the same products as yours, globally amongst millions of other products that might resemble yours partially or fully. A competent Patent Attorney in India does the job for you in such cases. They charge their fee and make sure to inform you if the same idea as yours is already floating in the market. If your idea has been patented earlier, they will search and inform the same to your competitors who have hired them for the task. Many times product infringements happen unknowingly due to lack of research from the other party or company which ultimately costs them big. The same thing might happen to you as well so it is always advisable to do the proper research before patenting your products.

What happens if you infringe on any IP right

As mentioned earlier, unless you have malice intentions, you will never infringe on other companies products even if you know that they are not IP protected but unknowingly you might and especially due to lack of proper research it happens frequently. Sometimes just to save the cost involved in the research process, startups decide to go for the research all by themselves and think that is sufficient which is never the case.

There are millions of products that get launched every day and there are a lot of chances that your idea might resemble fully or partially to one or more ideas that have been launched simultaneously no matter how much research you do manually or via tools, that would not be sufficient at all and you will most likely to infringe on other products which are patented already.

Once the other brand gets to know that you have tried to steal or copy their idea without their permission, you will fall in trouble. If you are booked for copyright infringement, there is no backing out and you have to now be ready to face the legal issues. The legal issues will mostly involve monetary compensation to the party and the amount will be decided by the court after hearing both the parties. If after appearing in court, you are not found guilty, you will be acquitted from all the charges but that happens rarely. If the other party has disclosed the secret information by mistake a year before the patent was filed, there are no charges of infringement against you so if you are lucky, you will be saved here. Also, if the product information was published by the owner in magazines or newspapers prior, no infringement cases can be filed against you.

What if you are booked for patent infringement?

After getting to know all the possibilities of patent infringement, if you are still booked in the case, there is nothing much you can do. You will receive a legal official letter from the court and from the party who has filed the case against you. Both the parties will be produced to the court and the court will be the final authority for all the judgements whether it is in your favour or against you. Above discussed are only a few scenarios where you could come out safe from the infringement cases as in most of the cases you will be penalised heavily under the infringement law which differ in different countries.

In some cases, patentees want an injunction to prevent infringement in future rather than asking for monetary compensation but there are many cases where monetary damages are demanded as well, so it totally depends on your case, how will you be charged or fined.

The best way to keep yourself safe and protected from product infringement is to do proper research through a competent patent attorney so that you are assured that there are no products in the market that resembles your product, fully or partially. With only a few precautions, you can stay safe and start and run your business without any hiccups.