Purpose of filing a patent

Purpose of filing a patent 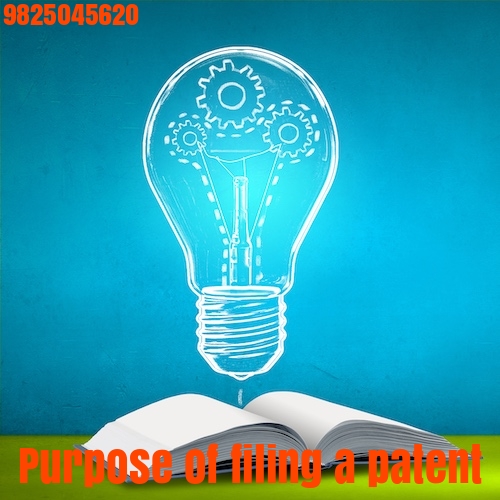 When it comes to already established businesses, they are equally or rather more concerned for protecting their ideas. They already have a name in the market and customers and investors recognise them from their brand names. Hence, they just cannot take any risk with their existing business which is run on their innovative ideas. Since they are financially stable, they have absolutely no problems in paying the fees to the Patent Attorney in India and get the process done for themselves. This is how they keep their ideas safe from infringements and patenting directly or indirectly builds a positive image of the brands.Out of the 4 Intellectual Property Rights i.e. Patent, Copyright, Trademark and Trade Secrets, Patents are considered to be the most powerful and helpful when it comes to protecting your inventions. It takes a lot of time and effort for an invention to come into practice and it becomes absolutely necessary to protect it from unauthorised access and infringements. Patents are one of the most widely applied Intellectual Property in India as the infringement cases are higher here. The Patent office takes care of all the processes related to filing and allocating patents in India. Starting from small businesses, entrepreneurs to large businesses, everybody is filing patents these days to save their valuable inventions and ideas.

How does a patent protects you

As discussed earlier, there can be several reasons for taking Intellectual property rights on your inventions and filing for patents have specific reasons as well. When it comes to small businesses and Entrepreneurs, the most important thing in their business is time and money. They do have enough money as startups and this is the reason they do want to take any chances when it comes to protecting their ideas and innovations. They are ready to invest on the initial cost of the patenting process as they are assured that their idea would be safe for the next 20 years from the date of filing a patent.

Process to file a patent

There is a standard process followed in filing and allocation of patents which is in accordance with the WIPO also called the World Intellectual Property Organisation. It is not an easy and simple process but requires some extra time and effort from the date of filing to the date when it is allocated to you. Patents are valid for a period of 20 years from the date of filing, which is a standard duration followed in almost all the countries. The fee structure of the whole process differs in different countries and is decided by the patent attorney. Patents can be taken for your own countries and also can be taken for selected countries if you think your business has a reach worldwide.

Is a patent valid in every country

In general, patents are considered to be the territorial rights and are usually valid only in the country in which the patent application is filed but there is something called as International patents which allow you to extend your patent rights to other countries as well and in that case somebody sitting even outside your country cannot misuse your inventions. For example, Microsoft is an American company and they have taken a patent on this name which means you in India, cannot open a company with the same name or you will be dealt by the law strictly. Infringements on international patents is very rare as in most of the cases, it is done unknowingly or by mistake.

Should you go for international patents?

In some cases, even the local companies might have a business that is dependent on the foreign countries to generate revenue and in that case, the companies might consider opening branches in different countries to operate with ease and in such cases, international patents must be filed for a hassle-free business.