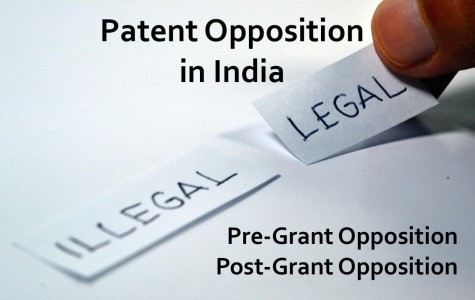 Patent is one of the four types of Intellectual Property rights that lets you take legal and lawful rights on your invention through a process after which nobody in India and across the world (if you have taken an international patent) can use your invention without your consent. Obtaining a patent on your invention has many benefits and this is the reason every business applies for the patent as soon as they realise that they have something unique about their invention. The application for patent has to be filed before the Patent Attorney in India and patents are granted or rejected after carefully examining the application and understanding the invention.

Structure of Patent office in India

Patent office is India comes in the office of the Government of India under the Ministry of Commerce and Industry where there is a department of Industrial Policy and Promotion. The office is administered by the Office of the Controller General of Patents, Designs and Trademarks. Delhi, Mumbai, Chennai and Kolkata are the four defined offices of jurisdiction of the Indian Patent Office and the headquarter is located in Kolkata. The recent update of the office in terms of automation and online processing of patent applications has made the process extremely seamless, transparent and uniform. All the latest information related to patent applications and their status are available online to the public. Apart from status, published patents, reports, opposition, renewals, grant, amendments etc are also available on the internet in the electronic patent register.

Indian patent office grants patents for 20 years which is subjected to the renewal fees annually. Patent Registration in India is a process where the filing of the patent application, processing, screening and publication is done through e-filing. Indian patent office is responsible for not only granting or rejecting the patents but also for renewals and looking at the infringement cases. Along with the local patents, the patent office also takes care of the International patents. After carefully examining the patent applications and doing a thorough patent search, the patent office grants patents to the applicants after which it can be used commercially or utilised as per the will of the patent owner without any worries. For the same technology and on the basis of the commercial potential, a patent can be filed for in multiple countries. One can get a patent for the same technology in 150 countries by filing a patent cooperation treaty application. For the countries of their choice, the patent office gives the investors 30 months to file the patent. Research and funding are the two major requirements for a patent to be successful and the quality and its commercial potential are as important as the patent itself.

The first step is when you decide whether you want to file the application on your own or want to hire a professional for that. Hiring a professional will obviously involve the fee and you must make the decision based on your overall budget.

Before filing the patent it is very much necessary to find out if your invention is patentable because if it’s not, your patent application will be rejected and the fees you submitted with the application will be wasted. Patent search lets you avoid such losses.

Drafting the patent application in the best way possible is extremely important as it will help you acquire the patent. Any mistake in the application might end up in rejection.

There are a lot of steps involved in filing patents in India which must be discussed separately. All the necessary documents related to your business and inventions must be enclosed as well as your decision whether to go for international patents or not must be made while filing the patent.

Patents are granted and published in the patent gazette after all the issues and objections are sorted out.